On Friday the 15th of March we simulated an American school day. When we came to school, we had breakfast together in the first period. We had bagels, brownies, muffins, pancakes and cereals.

After this we said the pledge to the flag and some students made announcements for the day.

Then we had Math and Florian and Ali were the teachers. We did additions and subtractions in English and a multiple choice test.

In the third period we had Biology with Lilian and leo. We learned a lot about the bees and ate honey. After this we had a break, which is called “recess” in American English.

Then we had Geography and Lilly and I were the teachers. We taught our class the climate diagram.

The next lesson we had History with Mika and Tom and learned about the Second World War.

After this we had group work with Mrs Figueroa. There we learned a lot about a typical schoolday in the United States and the life of American students. For example, they have to get a restroom pass and follow a strict dress code.

For lunch we ordered peperoni, hawaiian and magharita pizza. It was yummy!

Then we had PE with Mrs Mauersberger and we played baseball.

During our project day / “Fachtag” I´ve learned lots of new things and words, for example “precipitation”, which means the amount of rain.

Americans like food with lots of sugar or fat. They eat cereal and pancakes for breakfast, which is a reason why a big population is quite overweight.

Unlike in the German school system, every teacher has his or her own room and the students change the classroom every period. (We also did that.) Students have the same subject everyday at the same time. If a teacher is ill, he or she will be substituted by another one. When a student wants to go to the toilet, he or she gets a restroom pass to make sure every student is allowed to go to the toilet if he or she is stopped by a teacher in the hallways.

In the end, the day was absolutely awesome and informative. 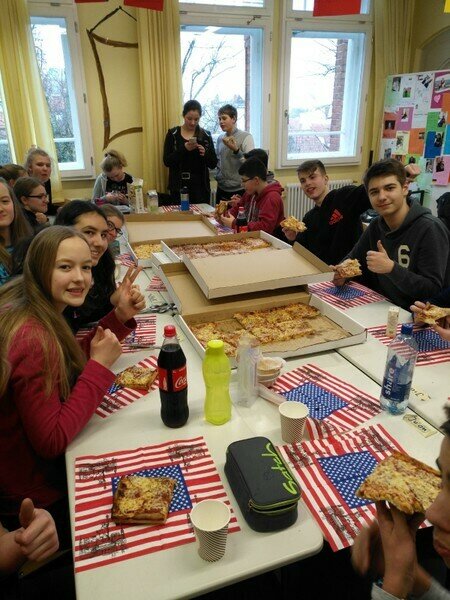 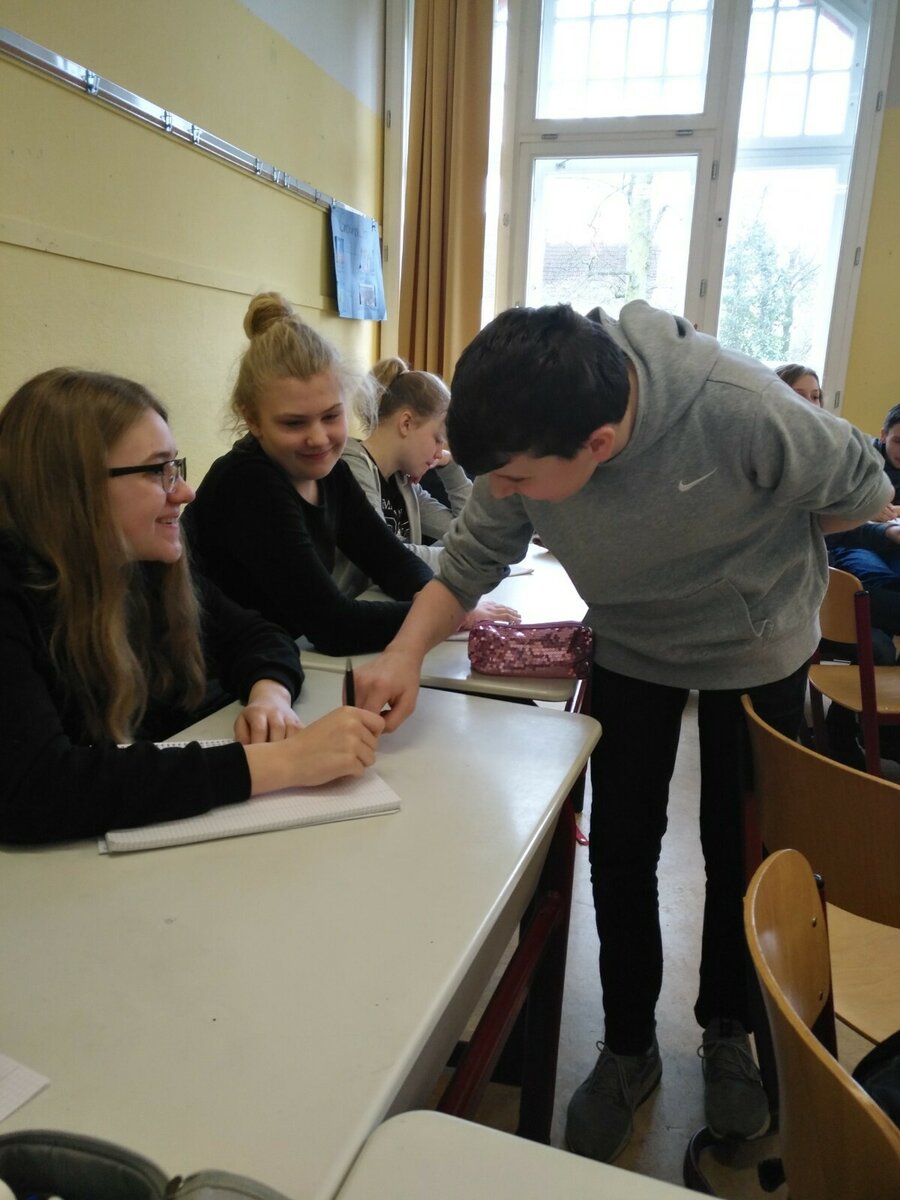 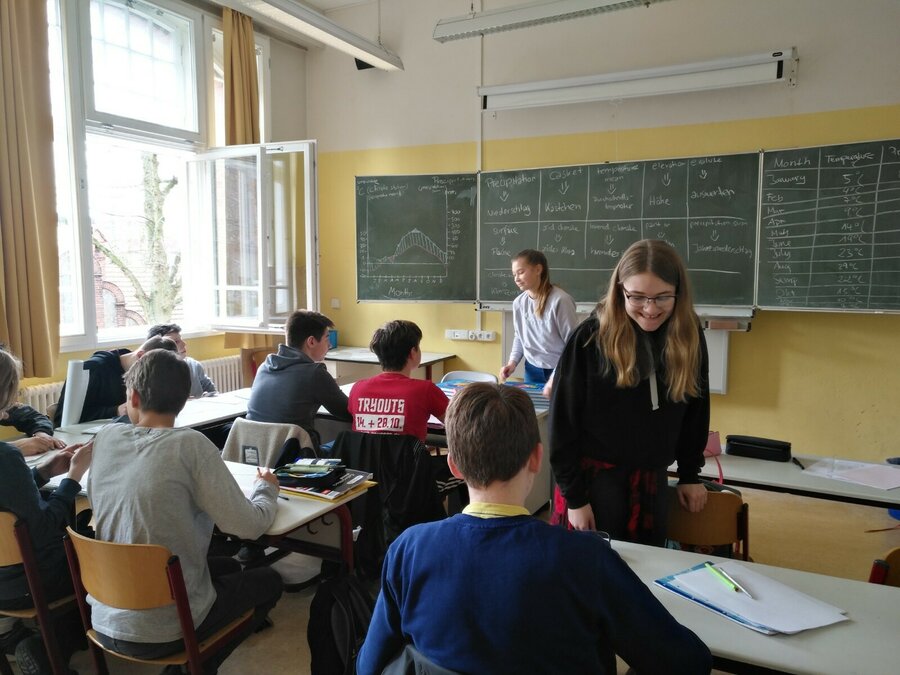